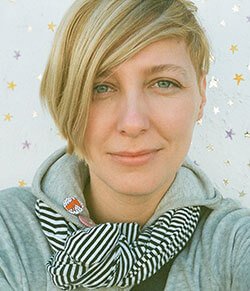 She is an Artistic Director of Kaboom Animation Festival, film curator, and education expert. She has an extensive industry experience in the organization of film events, educational workshops, exhibitions, and festivals on the European market. She is a Head of Short and Feature Section of CEE Animation Pitching Forum, member of the board of REX Animation Film Festival and Short Film Conference. Polish Ambassador of European Animation Award. Member of a jury at Berlinale, Fantoche Animation Film Festival (Switzerland), Odense Film Festival (Denmark), Primanima (Hungary), Anibar (Kosovo), Kineko (Japan), Baltic Pitching Forum (Lithuania) and many others. She illustrated seven books for children and one vinyl cover. Can’t live without ice-creams. 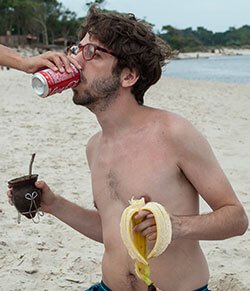 He is an actor, director and screenwriter. As an actor he worked in films such as XXY, Cheese Face, Permitidos, among others. As a director, he is known for the movie Voley, the short No me ama and web series such as Tiempo Libre and El Galán de Venecia. 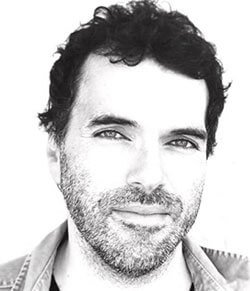 Animator and creative director, he studied Visual Arts in Bogotá, Animation in Cuba and obtained his Master’s degree in the United States. He is currently creative director at Titmouse Animation studios and founder of the company Amaltea INC.
Simón has worked for the Japanese television network TBS, has directed projects for clients such as HBO, The Gates Foundation, Netflix, Disney TV, Starburns industries, Apple and Adult Swim. He most recently was the animation director for the Hallucinate video for Dua Lipa and did animation for the latest Charlie Kaufman film. His filmography has been presented around the world, among which are seven consecutive selections at the Annecy Animation Festival, he has obtained different recognitions, including a double award in the Adobe Design Achievement, two nominations for the Annie Awards and two nominations as semifinalist for the Student Academy Awards. In 2011 he was awarded a Fulbright scholarship for artists. 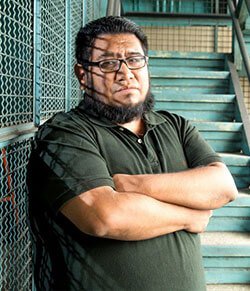 Artistic Director at Pixelatl. He is a producer, animator and writer. He is responsible for content and industry at Pixelatl, the platform behind Pixelatl International Festival of Comic Animation and Video Games, Market Ideatoon, Pixelatl Editorial of Comics and Graphic Novels, among others. These initiatives have positioned themselves as leaders in Latin America to help creators develop their projects. He has experience as a producer of television animation, commissioned shorts, music videos, transmedia development and art for stop motion animation. As a specialized journalist, he has written for specialized international animation publications, including Cartoon Brew from the US, Puppets and Clay from Spain and EnFilme from Mexico. 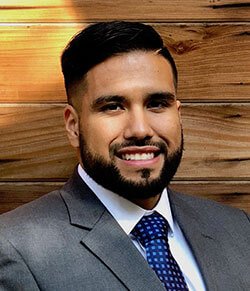 He is an animation production professional with experience in feature animation production, 2D and CG animation television development and production, and project  management. He is the Co-Founder and Co-Director of LatinX in Animation, a signature program of the Latino Film Institute, which focuses on empowering diversity in animation from page to post. In his professional career, Bryan has contributed to various projects that include Trolls World Tour, The Boss Baby 2, 3Below: Tales of Arcadia, Trollhunters: Tales of Arcadia, and Home: Adventures with Tip & Oh. He has worked for animation studios that include DreamWorks Animation and Warner Bros. Animation. He grew up in Houston, Texas and attended the University of Notre Dame where he studied Electrical Engineering and Film, Television, and Theatre with a concentration in Film Production. He is particularly interested in the development and production of animation, and promoting diversity and inclusivity in Animation and STEM fields. Instagram: @bryan_dimas / Twitter: @bryandimas_ 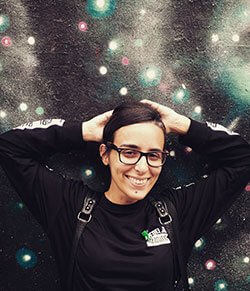 Producer at ANIMA, Córdoba International Animation Festival. She was born in Córdoba, 1985. In 2009 she got a degree in Film and Television (Faculty of Arts – UNC) and is currently studying to become a Doctor in Arts as a SECyT-UNC doctoral fellow, investigating the possibilities of expressive materialization of animated language in the processes of memory representation, focusing on contemporary Latin American animation. Since 2007 he has been a member of the Production team of ANIMA, Córdoba International Animation Festival, assuming in 2014 together with Paula Asís the position of General Producers, in that same year she began to work as a Producer at MiniANIMA, an International Animation Show for young people and children. Since 2015 has been working in collaboration with the Organizing Committee of the FAIA – International Academic Forum on Animation – ANIMA. She participated in short and feature films mainly within the areas of production and sound. She works as an associate at the Center for Experimental Animation and the Art and Modernity Chair (FA-UNC); She has been member of the RAFMA, RAMA, Sur a Sur – Latin American Network for Animation Studies networks, and is a member of SECyT-UNC research teams from 2014 to the present, doing research work on poetics and representations in Cordoba audiovisual images. She participated in the scientific dissemination program Arte Para Armar (SECyT -UNC) bringing the cinematographic and animation language into primary and secondary schools in the City of Córdoba. 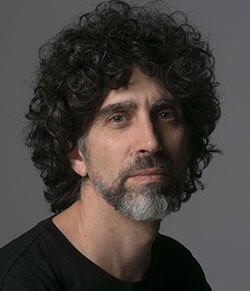 He is a freelance director and animator, creator at JPZ. He was born in Buenos Aires. All his independent shorts have been awarded all around the world. In 2010, Annecy International Animation Festival presented a special program with a selection of his works. His film Luminaris has won 328 awards, and the Guinness World Record to the Most Awarded Short in history, including the Audience Award and Fipresci Award at Annecy 2011, and was also Oscars Shortlisted. In 2016 he created and directed The Tiniest Man in the World, a 52 episode series made in co-production with France and Argentina. Nowadays, he’s in development of a feature film called CODA. 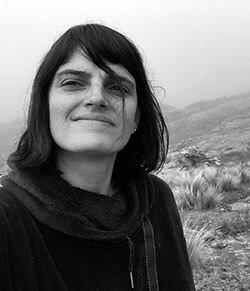 Animation filmmaker & graphic artist. She is a hungarian animation filmmaker, graduated at MOME, Budapest. One of her main goals is to keep searching for new ways of creating universes and telling stories. She is deeply interested in dreams and science but she likes to twist her stories with personal content. She endeavours to find a way to create an artistic project out of her recent interest with an open mindset.

Director and programmer of the Stop Motion OUR FEST. Art Professor and visual artist graduated from the Ricardo Carpani College of Art and UNA (national university of the arts) from Buenos Aires, and a human rights activist. She is the director and programmer of the SMOF (Stop Motion Our Fest). She makes film programming, gives talks and participates as a jury in film festivals. For more than 20 years she has been actively collaborating in various multidisciplinary artistic projects with social commitment all over the world. 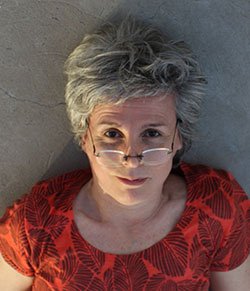 Animator and teacher. Coordinator of the Animation career of the IDAC (Institute of Cinematographic Art and Animation of Avellaneda). Director and producer of San Quirino Estudio, dedicated to 2D animation and stop motion. As an animator, she specializes in animation with textile fibers. In the area of audiovisual education, she works as coordinator of the Animation career and Stop Motion teacher at the Film Institute of Avellaneda, Idac. She belongs to RAMA, Argentine Network of Women in Animation. Along with other members, she co-directed On Everyone’s Lips and I Spy. Her shorts include The Post Office, The Little Girl, The Button, Nina, On The Way Side, Lady Hacker and Genesis. She is currently developing a children’s series called When They Fly and an animated documentary feature film, co-produced with Colombia, entitled One Stitch, One Tear. 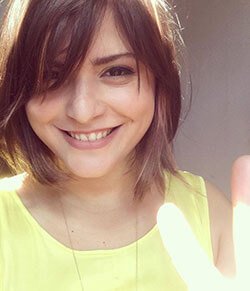 Evangelist for Unreal Engine at Epic Games. Director of the Animation and Interactivity career at the Universidad del Cine. Founder of Okam Studio. Former President of ADVA (Argentine Videogames Association) and founder of the Latam Videogames Federation. Martina Santoro has been developing games and interactive content for over a decade. With a background in animation production, she founded OKAM STUDIO in 2010 and worked in the local community before becoming President of the Argentinean Game Developers Association and later one of the founders of the Latam Video Games Federation. She is Head of the Animation and Interactivity Career at Universidad del Cine (www.ucine.edu.ar) and also a member of the Board of gamescom’s devcom. She has also worked with the Interamerican Bank of Development on the book about the Games Industry in Latam: Video Games: More than Just a Game: The Unknown Successes of Latin American and Caribbean Studios and was selected as one of the Women in Gaming: 100 Professionals of Play. She was Editor-in-Chief of Inside Games Latam, a key resource for the Latam Games Industry Business News, and Moushon.biz. She now works as an Evangelist for Unreal Engine at Epic Games, engaging with developer teams, enterprise, and education partners. 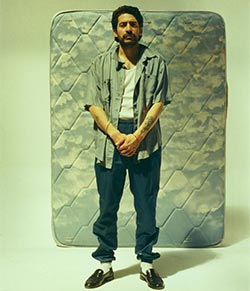 Director and creative producer of video clips. Julián González Díaz, better known as ORCO VIDEOS, is the creative director and producer behind the latest hits in video clips that have thousands and millions of views on YouTube. Orco is from Mar del Plata and his early years had to do with the record of the skate movement, very strong in that city. Then, already in C.A.B.A., a Virus documentary for MTV came, until he started filming video clips and things happened. The first music video came in 2012. It was for Alan Garvey, a 12-year-old boy who lives in Carlos Gardel village, in the western suburbs, who was already making music with the help of other friends. I stay with you, his first film, has original music by Pablo Lescano and with the special participation as an actor of the ragman Kaydy Cain. The film was premiered at the Mar del Plata festival. 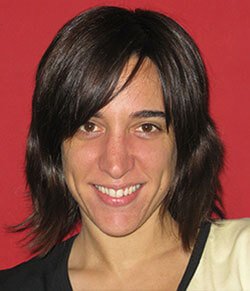 Executive producer of animation. Former President of UIPAA (Industrial Union of Animation and Audiovisual Arts Production Companies). Former Member of the Argentine Industrial Chamber of Animation and Technology (CAMIAT). Current member of Animar Cluster (Cluster of animation companies and VFX of Argentina). www.caramba.com.ar. Marilina has been dedicated, for more than 20 years, to the production of feature films, series and animated commercials. She started her professional career at Patagonik Film Group and then continued at Bitt Animation Studio. In 2005 she founded Caramba Estudio together with the artistic director Ariel López V. in order to turn her experience to personal projects. En Caramba produces content for local and international media, mainly animated TV series for clients such as NBC Universal, Fox, The New Yorker, Paka Paka, Illuminated Films and advertising works for brands such as Unilever, Danone, Coca Cola, etc. She has led the production of more than a dozen animated series, both self-produced and in international co-production. Actively participates in international fairs such as Kidscreen, Mipcom, MipJunior, MIFA, Chilemonos, Rio2C, Ventana Sur, among others. 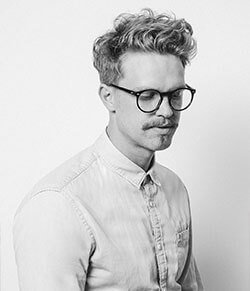 Director, graphic designer and animator, he has been working for five years collaborating with artists, colleagues and studios from different parts of the world, in various projects and industries, such as film, motion graphics, animation, advertising and culture. Since March he has been temporarily based in Bariloche, Argentina, working remotely and taking this time of isolation as an opportunity to get the most out of life in nature.

BIT BANG is the most important animation, video game and digital art event held in the city of Buenos Aires.